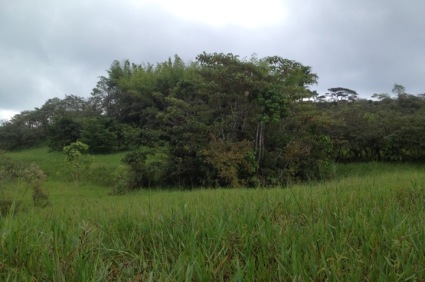 It is well known that plantations can accelerate  forest recovery. The practice can be costly, however, and the impact on forest composition can be substantial, creating a legacy effect where conditions favor the recruitment of certain species over others. An alternative, planting trees in patches (such as in the adjacent image) to mimic the nucleation model of succession, is more economical and potentially less intrusive. I initially tested this applied nucleation concept during my dissertation work in Honduras using tree ‘islands’ as a terrestrial test of island biogeography theory to examine whether greater island size and/or shorter distance to seed source accelerate forest recovery in a ‘sea’ of pasture (Zahawi & Augspurger 2006). Islands facilitated recovery with greater animal-dispersed seed rain and seedling establishment as compared to controls, and greater tree seed density was found in large islands.

That initial work set the stage for a much more expansive study on applied nucleation in Costa Rica where we have compared recovery in islands to plantations or not planting at all for more than a decade. I started the project with my colleague Karen Holl (UCSC) in 2004 to address recovery across broad temporal (>20 year) and spatial (~100 km2) scales (Figure 1 ).  You can see a summary YouTube video about this project in English or Spanish!

The study is the longest-running experimental test of tropical forest recovery where treatments have been well replicated (we currently have 13 sites), and data have been collected since land abandonment. Senior collaborators, graduate and undergraduate researchers from the US and abroad, and numerous field assistants have worked on our plots resulting in >40 publications in peer reviewed journals. Among the many published results, we have shown that animal-dispersed seed rain (Cole et al. 2009, Reid et al. 2015a, Werden et al. 2019) and tree seedling recruitment (Zahawi et al. 2013, Holl et al. 2017) are greater in planted treatments; that litterfall varies considerably in both quality and quantity but changes rapidly over time (Celentano et al. 2010, Lanuza et al. 2018); and that frugivores preferentially visit plantations and larger islands over smaller ones (Fink et al. 2009, Morrison et al. 2010), whereas bats do not (Reid et al. 2015

b). The research has also evaluated the role of landscape-scale factors, demonstrating that the presence of surrounding forest plays a minor role in early recovery (Reid et al. 2014), but this may change. We also tested an innovative tool for monitoring recovery using Unmanned Aerial Drones (Zahawi et al. 2015) that will streamline future data collection on measures such as canopy height and above ground biomass (see adjacent image), and we are currently analyzing new drone data collected in 2019. Overall project results present strong implications for restoration research design and the relative importance of smaller reserves in conservation efforts.

The long-term project has received several notable awards – among them the September 2015 Elsevier journals Atlas award (Zahawi et al. 2015) for research that could significantly impact people’s lives around the world (http://www.elsevier.com/atlas/home), and more recently the 2017 Society for Ecological Restoration Theodore M. Sperry Award given in recognition to scientists who have made a significant and enduring contribution to advancing restoration science or practice through the development of new methods, tools, techniques or strategies.  The award was given jointly to me and my main collaborator Karen Holl. 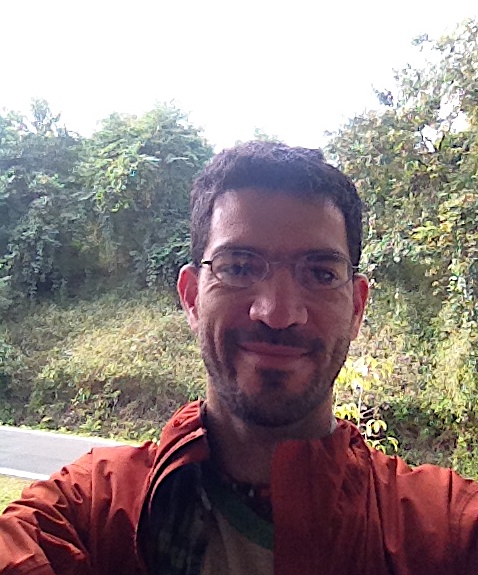